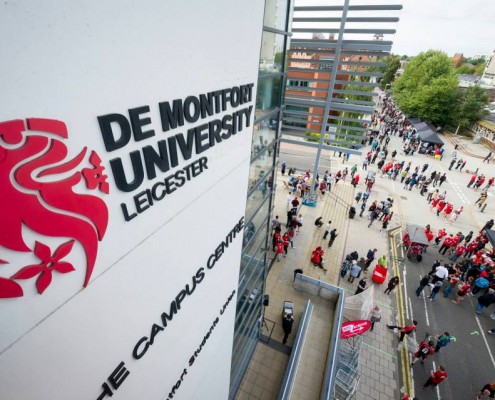 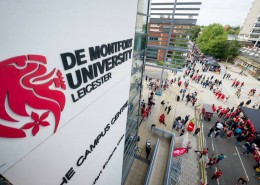 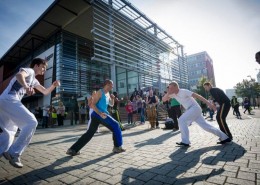 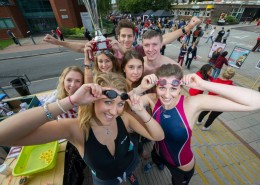 De Montfort University (DMU) traces its roots back to the Leicester School of Art, which was established in 1869. The University takes its name from Simon De Montfort, Earl of Leicester, who is widely credited with establishing the first Parliament in 1265.

De Montfort University puts considerable emphasis on employability. Many of its 400-plus courses boast input from the likes of HP and the BBC, making them relevant to industry. DMU has been awarded the second highest number of National Teaching Fellows of any institution since the scheme began and offers more than 170 professionally accredited courses. Nearly half of its research was rated as world-leading and internationally excellent in the latest research assessment exercise (2008).

The university offers a number of placement opportunities, giving students the chance to experience a real-life working environment. DMU also has its own placement scheme, Frontrunners, which offers students the chance to apply for a placement within the university itself. It also offers careers advice, a range of careers fairs, internship programmes and knowledge-transfer partnerships.

Leicester itself is a diverse and vibrant place. A £3bn regeneration of the city has transformed it into a hub of entertainment, shopping and culture – all of which is within walking distance of DMU’s campus.

Leicester’s central location means all major towns and cities in the UK are within easy access. London is just over an hour away by train, Birmingham is 50 minutes and Sheffield is just under an hour.

Leicester is also within easy reach of east Midlands airport. The university campus is right in the centre of the city, meaning all amenities are close at hand, and halls are either on campus or a short walk away.

Leicester caters for just about every culinary taste with food and drink from around the world. Cuisines range from Mexican and Italian to sushi and tapas, whilst restaurants include family-run eateries, well known chains and smaller, more intimate venues that are full of atmosphere. It is also well known as one of the best places in Britain to get a curry.

Leicester has had an astounding £3 billion of recent investment, transforming the city centre into a hub of entertainment, shopping and culture. Curve is an iconic £59 million performing arts centre, hosting touring shows and West End-sized productions. The £350 million Highcross shopping centre has become one of the premier destinations for shoppers in the Midlands, with a huge range of shops, a new restaurant quarter and Leicester’s first city centre multiplex cinema.

Dance, Human Resource Management and Footwear Design courses at DMU have been rated the first in the country according to the Likert scoring system. The scores also show that DMU’s Games and Music Technology, Economics, Business Studies and English degrees all come in the top 10. Furthermore, DMU has been awarded 16 National Teaching Fellowships since the scheme started in 2000, the second highest number in the country.

DMU is a research-active university that makes a vital impact in all faculties. From blood-spot testing and the artificial pancreas through creative writing and design to sustainable energy, robotics and computer security and international relations, all our courses are informed and updated by our research to ensure state-of-the-art teaching. We are investing in the next generation of research-active lecturers to improve our students’ learning experience by appointing 30 new teaching staff from the start of 2014. Nearly half of DMU’s research was rated as ‘internationally excellent’ or ‘world-leading’ by the government’s last Research Assessment Exercise in 2008. Times Higher Education recently produced a report on how the UK Research Councils are funding academic research in the UK. DMU was ranked 33rd in the UK by success rate.

In 2013 the EU announced their flagship Human Brain Project (HBP) – a 1 Billion Euros investment over 10 years to build a virtual brain. DMU’s Professor Bernd Stahl is leading the work package which is looking at the ethical issues presented by the project. The project seeks to understand the human brain, to gain fundamental insights into what it means to be human, develop new treatments for brain diseases and build revolutionary new Information and Communications Technologies (ICT) based on the merger of ICT and biology. DMU has recently announced 30 new academic positions and a rolling programme of research fellowships (specifically targeted at world-leading young researchers).

DMU Leicester International Pathway College offers courses for international students who do not meet all the entry requirements to qualify for direct entry to DMU.

Our dedicated Centre for English Language Learning (CELL) offers a range of courses designed to help you improve your language skills, before and during your studies.

The centre is accredited by the British Council for the quality of its teaching, so you can be sure you are receiving the highest standard of English language tuition. It is also a member of: English UK – the national association of accredited English Language Centres The British Association for Lecturers in English for Academic Purposes (BALEAP)